Last spring I picked some lovely early blooming bulbs from my garden and put them in a vase to be the subject of an acrylic still life. On the first day, I sketched the bouquet in charcoal on the canvas and then blocked in the drawing with an underpainting. I also took several pictures with my iPhone at the end of my studio session. When I returned to my teacher’s studio a week later, the bouquet looked completely different. The flowers were droopy and dying of course. That’s obviously where the photographs come to the rescue in the case of a rotting or dying still life. From then on, I worked from a both a printout of my photograph for the flowers and I looked at the actual vase and drapery which was still set up across from my easel. I continued to work from both the photograph and the non-living bits of the still life for the next six weeks until the painting was finished. The moral of the story is, of course, to remember to photograph any living thing or model you are drawing or painting because things change. 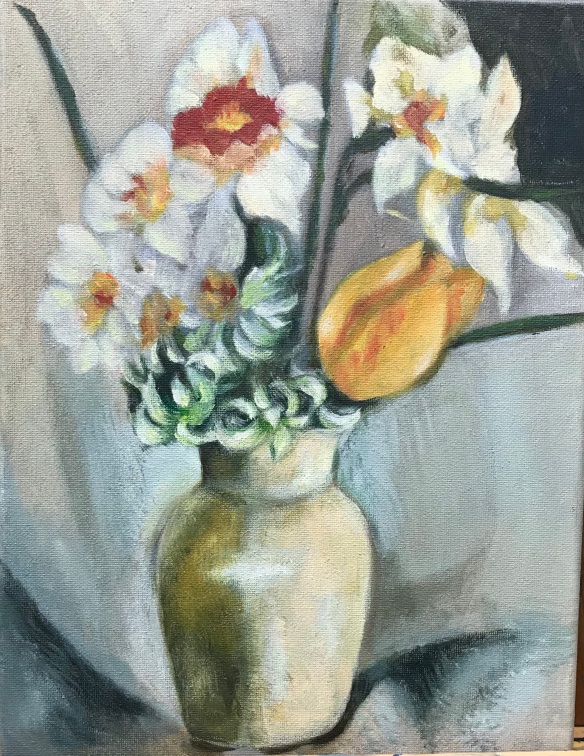 Working from a photograph